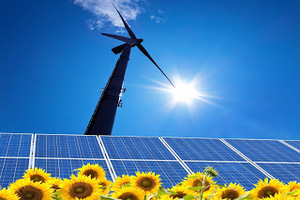 Over the next few years, India is expected to spend over $21 million to implement solar power equipment and solar power projects in its agricultural sector.

First announced in the budget speech by India’s Finance Minister, details of the scheme are slowly emerging now. The Indian government, in partnership with state governments, plans to implement large-scale solar power projects and expand implementation of solar pumps.
A large portion of the planned $21 million will go toward subsidies to farmers to set up solar power projects and install solar pumps. The government has set a target to have 10 Gigawatt of solar power projects installed on barren land. The federal government, state governments, and banks (through loans) will provide a 30% subsidy each while 10% of the cost will be met by farmers themselves.
The subsidies will also go to distribution utilities which will procure any surplus electricity generated by these solar power projects after farmers meet their own needs. Utilities will be incentivized to acquire this surplus electricity which would likely be used by them to meet their renewable purchase obligation.
Also, the program will help the installation of 1.75 million solar-powered irrigation pumps at farms across the country. At present, the farmers either use diesel or grid electricity to power their irrigation pumps. Due to social and political complexities, the distribution utilities often do not get any revenue from the sales made to farmers.
The program will likely reap tremendous financial gains for the power distribution utilities that are unable to generate revenue from a majority of the electricity sales made to farmers. It will also greatly reduce the use of diesel.
As of 31 March 2014, 11,626 solar pumps had been installed under the National Solar Mission, which increased to more than 142,000 by 30 November 2017.