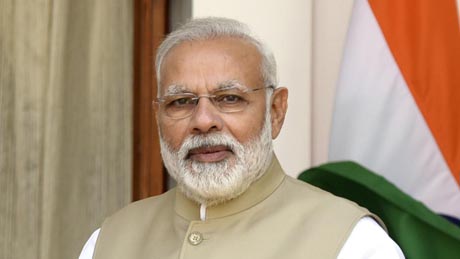 India is currently at a very important juncture today in its goal of achieving a “Digital India”. India today is very close to yet another industrial revolution with the disruptive nature of new technologies, now accepted and set to have a big impact on everyday lives, according to Prime Minister Narendra Modi, who spoke about the subject at the 22nd edition of the World Congress on Information Technology (WCIT) 2018, the first of its kind.

PM Modi was also at the fore of the launch of the National Skill Development Mission which will work towards preparing the next generation for the digital age, while also ushering the current workforce into the digital age and helping their transition.

The Prime Minister commended the rise in entrepreneurship and the fast-growing tech innovation market. “We believe our startups are the key to finding viable and economical solutions across sectors and verticals. India is best placed to leverage power of technology and leap-frog into the future while empowering every citizen. We were and we remain one of the most tech-friendly populations in the world with over one lakh villages linked with optical fibre, 121 crore mobile phones, 120 crore Aadhaar and 50 crore internet users. We have successfully completed this life-cycle in last three-and-half years.”

Modi firmly believes that all these accolades should be credited to the Digital India program and the progress it has made towards the digital inclusion of a majority of India’s vast population.

He continued speaking about the length of the government’s tech push, by citing the JAM trinity which has now combined 320 million Jan Dhan bank accounts of rural India with Aadhar and cell phones. This has resulted in an amount of Rs 57,000 crore saved.

“Digital payments through BHIMUPI has registered transactions of 15,000 crore in January 2018. The unique Umang app launched only three months back is already offering 185 government services,” he said.

On the Pradhan Mantri Rural Digital Literacy Mission launched to ensure digital literacy in every household by making 60 million adults digitally literate in rural India, he said, 10 million people have already been trained.