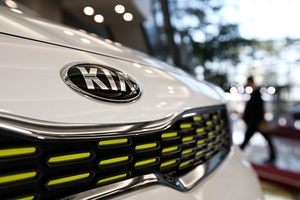 New Delhi: The Korean automaker Kia Motors may consider speeding up of Sales operations by some months in India as initially planned for Diwali next year. Targeting sales of 300,000 units annually, the company is planning to launch 3-4 models by 2021.

The key motive for speeding up the sales operations is due to the overwhelming response they received during a recent event, where they displayed 16 vehicles. Kia Motors local manufacturing unit in Andhra Pradesh is expected to complete much as scheduled.

“In the 4 months (since start), we are ahead of the schedule by two months. Seeing the model and the response we have received, possibly the earlier we come out, the better response we will get,” said Manohar Bhat, Kia’s head of marketing and sales in India.

Initially, Kia Motors would launch a sports utility vehicle, to compete against Hyundai Creta and Renault Duster. Later on, they would be brining in the Hatchback and a second SUV. In the meanwhile, research is being carried out to examine the feasibility of bringing in the sedan.

In three years of initiation in India, Kia is targeting to be along with the top 5 Carmakers.

Kia is expected to spread to over more than 300 Towns and cities across India.In the meanwhile they will establish a distribution system to meet a minimum of 120 cities.

As per the recent survey conducted by the company, it showed that Indian clients do not hesitate in trying good products offering by new entrants. However, the only concern remains is about the after sales service. “As a challenger brand, we have to be different, be much more customer friendly … we have to answer with a network easy for them to reach.” Bhat said

Kia Motors which hold 5% share in EV worldwide is keen to bring in electric cars in India as soon as the ecosystem is ready.