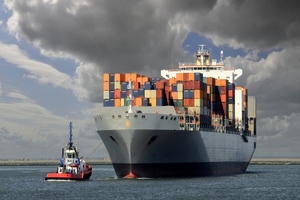 NEW DELHI:  Indian companies are being called to invest in African power, infrastructure and farming sectors as a strong engagement with the country in terms of doing business in Africa is being promoted by the AfDB.

He told reporters that "Rapid urbanisation and rapid growth of middle class will lead consumption demand, which is going to make Africa the place to be. The most important area for investment is power. Electricity, infrastructure and agriculture are other key areas,"  Almost 645 million people in Africa need to have access to electricity, suggesting huge business opportunity to investors from India.

India's exports to Africa grew from $7 billion during 2005 and 2006 to about $25 billion today. While Indian imports from Africa during the same time expanded from $5 billion to $31 billion, he added.

Exim Bank MD David Rasquinha said out of its line of credit of about $2.5-3 billion every year, almost half goes for development projects in Africa.

About $2.5 billion worth project developments are under pipeline for the continent, Rasquinha said.

"We have also formed a joint venture with AfDB for project development growth that works with companies to come up with projects so that Indian companies can finance those. Africa gets around $1.2 billion line of credit from Exim Bank every year," he further said.