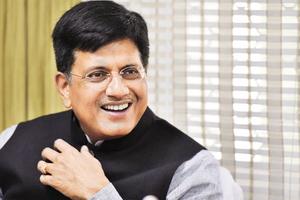 The Railways Minister said, "Indian Railways plans to have a bidding process to soon come out for expanding the solar footprint of railways where NLC India Ltd is also having very aggressive plans and will be bidding very aggressively to try and get those contracts through the bidding process,".
He added that the company was now investing in solar projects so that it becomes a serious player in the renewable energy sector.
"They are also having dialogues and discussion with Indian railways," Goyal, said.
The company forayed into the renewable energy sector with the commissioning of a 140 MW solar photovoltaic power plant at Neyveli and a 51 MW wind energy plant in Tamil Nadu.
"They already have about 191 MW in renewable energy. It will become 300 MW by March 2018, and by 2025 it's actually 4,251 MW that they are planning. So almost 24 percent of their 13,700 MW will be renewable energy," the minister said.
"There is also plans on transferring the Rahunathpur power plant from DVC to NLC India Ltd for which we are awaiting approval from the government of West Bengal for almost two years...I would urge the West Bengal government to give us approval so that we can transfer the Raghunathpur power plant," Goyal stressed.
"If they (West Bengal government) had given us permission two years ago by now we would have actually started Raghunathpur plant and it would have started serving the people of India," the minister said.