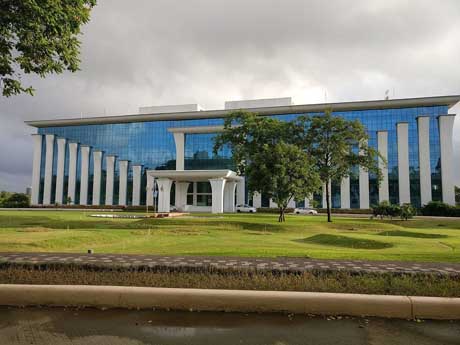 Gujarat based Meril Life Science has become the very first Indian manufacturer of high-tech implants to start the supply of their products to Russia. The company produces traumatology and orthopaedics devices.

Meril Life Sciences will soon oversee the export of a primary knee arthoplasty, also called Freedom Total Knee. This product will be made available in medical institutions in Russia after its successful presentation to Russian doctors in back in February 2017 at Meril’s production hub in Vapi, Gujarat.

Russian doctors have hailed Meril’s facilities for its strong orthopaedic products and its full vertical integration for the manufacturer of implants of joints, spine and devices for traumatology.

The Russian doctors’ attention was also drawn to the Meril Academy, equipped with a variety of equipment for surgeons and technicians, including simulators for studying orthopaedics, cardiology, laparoscopy, surgery and neurology; virtual hybrid operating room with touch-technologies and 3D-models.

Meril was founded in 2007 and currently staffs 2,500 employees and conducts its business in over 10 countries. The company makes almost fifty percent of its revenue through the export of high-tech medical products to Europe, Latin America, the Middle East and the Asia Pacific.

“The Russian medical market is very important for us, as it is one of the largest and fastest growing in the world,” said Inamdar Upendra, a representative of Meril in Russia and Belarus.

Upendra also revealed that Meril has plans to present their current and their new products to the EOF. He also called on Russian doctors to participate in Indian and international training events like the one conducted at Meril’s academy, which boats the presence of representatives from the world over.

Upendra further said that Meril is actively looking for opportunities to localize the production of some medical equipment from its range in Russia.