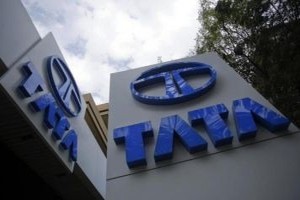 The global trading and distribution arm of the diversified Tata Group, Tata International, aims to double its exports to USD 76 million by 2021 and quadruple to USD 152 million by 2025. In a press statement by Tata International chairman and independent director G K Pillai said,  "Our exports to African countries is estimated at USD 440 million of which agriculture exports is USD 38 million. Our programme is to double it by 2021 and quadruple by 2025,".

It is a well known fact that Tata International has substantial presence in several African nations such as South Africa, Kenya, Ivory Coast, Nigeria, Tanzania, Zambia, Zimbabwe and Uganda.

While speaking at the "India-Africa Partnership for Food Security and Capacity Building" conference, Pillai said that Africa provides lot of business opportunities. However, the company faces several issues like port congestion, currency fluctuation and lack of qualified personnel in African countries.Pillai was quoted saying that "Port congestion is a main issue as efficiency in some African countries needs to improve as port congestion hits exporters and demurrage charges are extremely high. Currency fluctuations is also a major issue for exports,".

Tata International has another concern over lack of qualified lab personnels in African countries. However he added that the concerned authorities are already in the process of training local people for this, Pillai added.

Meanwhile, several African countries namely Ethiopia, Democratic Republic of the Congo and Rwanda have sought investment from the Indian corporates.

The conference aims at exploring and accessing the potential of Indias ongoing partnerships with Africa in the fields of infrastructure and capacity building through bilateral and trilateral initiatives. It also aims to study the role of India FDI for capacity building and value addition to all sectors in Africa through government-led and private sector initiatives.