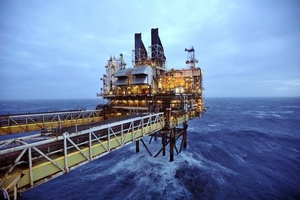 In the first bid round in eight years, India put on auction a record exploration acreage for prospecting of oil and gas, from 55 blocks.

Oil Minister Dharmendra Pradhan said launching the round that each block on offer has been carved out by prospective bidders under the open acreage licensing (OAL) of the new Hydrocarbon Exploration and Licensing Policy (HELP),.
The company which offers the highest share of oil and gas to the government as well as commits to doing maximum exploration work by way of shooting 2D and 3D seismic survey and drilling exploration wells will be awarded the blocks.
"Last date of bidding is April 3," Pradhan said, adding that the blocks would be awarded by June/July.
Increased exploration would lead to more oil and gas production which will help the world's third-largest oil importer to cut import dependence.
Prime Minister Narendra Modi has set a target of cutting oil import bill by 10 percent to 67 percent by 2022 and to half by 2030.
India last year let companies carve out blocks of their choice with a view to bringing about 2.8 million square kilometres of unexplored area in the country under exploration.
Under this policy, companies are allowed to put in an expression of interest (EoI) for prospecting of oil and gas in an area that is presently not under any production or exploration licence. The EoIs can be used at any time of the year but they have accumulated only twice annually.
The blocks or areas that receive EoIs at the end of the cycle are put up for auction with the originator or the firm that originally selected the area getting a 5-mark advantage.