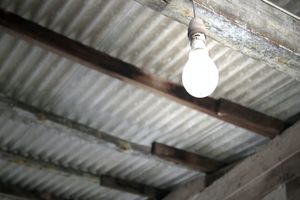 Increasing investment in mini-grids in the nation shows growing business interest in the renewable energy sector, despite a lack of clear government policy, as the country races to meet its goal of providing energy for all in just two years, analysts said.

Husk Power Systems, which operates mini-grids in Tanzania and India, said it had raised $20 million from an arm of Royal Dutch Shell, Swedish state-owned investor Swedfund International and French utility Engie’s impact investment fund.
According to Husk, the investment is the largest in a mini-grid company in India, which builds and operates the small-scale power plant and distribution networks that combine biomass gasification from solar power, rice husks, and batteries to deliver energy in rural areas.
Manoj Sinha, chief executive of Husk Power Systems said “About two-thirds of the population that is in rural India are off-grid or get weak grid power. They spend a lot of money on weak energy sources like diesel, kerosene, and even candles,”
Growing investments in mini-grids are evidence they are the “most capital-efficient way to help reach national electrification goals while driving inclusive and sustainable development”, he told the Thomson Reuters Foundation.
Husk offers its customers a “pay-as-you-go” energy service, using mobile phones and a smart metering system.
Per capita, electricity consumption in India is only about a third of the global average even though it is one of the fastest growing economies.
By 2019 Prime Minister Narendra Modi has pledged to supply power to every citizen, but reaching remote villages remains a challenge with high distribution losses.
Mini-grids like Husk’s and those of OMC Power, in which Japan’s Mitsui & Co invested about $9 million last year, are helping narrow the gap in states like Bihar and Uttar Pradesh, which are among the most energy-deficient in India.
Sinha added Husk plans to add nearly 300 mini-grids in the South Asian nation over the next four years.
Italy’s Enel Green Power, Japan’s SoftBank, Taiwan’s Foxconn Technology and Greenko Group, backed by the sovereign wealth funds of Abu Dhabi and Singapore, are among other foreign investors in renewable energy in India, helping lower clean-energy costs.
“Access to reliable electricity drives development and is essential for job creation, women’s empowerment and combating poverty,” said Gerth Svensson, Swedfund's chief executive.
India’s ministry for new and renewable energy aims to deploy at least 10,000 mini- and micro-grids in “unserved and under-served parts” of the country, with a combined capacity of 500 megawatts or more by 2021.