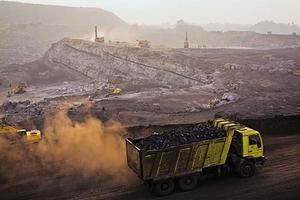 In a major announcement and a positive move to evolve into a diversified resource major from a pure play coal miner, Coal India Limited (CIL) has identified copper and nickel mines in Africa for its maiden overseas foray into non-coal minerals.

Financial services giant KPMG has been appointed to prepare the roadmap that will see CIL emerge as a diversified mining company by 2030, following a Rio Tinto, Vale or BHP-type model. CIL will still retain retain coal as a core business.

Sources have reliably confirmed that CIL has started assessments of copper and nickel assets in Africa, but none were willing to divulge details of the mines, citing confidentiality clauses. “Mining is our strength. Because of our expertise in mining, CIL will be very successful in whatever mining ventures we undertake in the future,” CIL interim chairperson and MD Gopal Singh said in a statement.

On the domestic front, CIL is seeking control over various mineral development companies owned and operated by provincial governments to enable them to achieve operational scale, while expanding the mineral portfolio of the diversifying CIL.

Sources said that mineral development and mines operated by provincial governments had largely resulted in the fragmented nature of the Indian mining sector. CIL’s initial focus will be on Odisha Mineral Development Corporation Limited (OMDCL) since it was pointed out that transferring control of OMDCL to Mahanadi Coalfields, the wholly owned subsidiary of CIL operating coal mines in the eastern Indian province of Odisha, would give CIL access to high-grade iron-ore mines in the region.

Significantly, control of OMDCL had been transferred to government steel company, Rashtriya Ispat Nigam, some years ago, but the latter had not been able to resume operations of iron-ore mines under OMDCL.  The move into non-coal mining is a strategic shift by CIL to de-risk itself from a projected fall in the contribution of coal to domestic energy generation in the long term, despite the current short-term coal shortages.

According to CIL assessment, with rising investments in renewables, the contribution of coal to total energy generation will fall from the current level of 56% to 50% or below, over the next 20 years.

According to government projections, over 60% of India’s energy demand will be met by renewables by 2040 with total renewable energy generation capacity expected to touch the 350 GW by 2030.