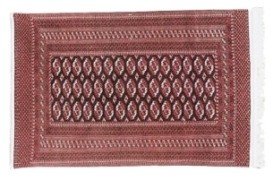 The exports of carpets from India rose by 14.3 percent year-on-year in July 2013, due to growing demand from the US, China and Latin American markets.

During the month, India exports US$ 90 million worth of carpets, compared to exports of US$ 78.41 million made during the same month last year, according to the data released by the Carpet Export Promotion Council (CEPC).

In addition to the US, the demand for Indian carpets is rising in emerging markets like Latin America, China and Africa, Business Standard reported quoting PTI.

The 14.3 percent rise in India’s carpet exports is in spite of the fact that demand is yet to pick up in the European market.

Traditionally, the US and the European markets together account for more than 60 percent of India’s overall carpet exports.

Handmade synthetic carpet exports grew by about 32 percent in July, and handmade silk carpets which rose by 26 percent, were the top two categories of carpets that witnessed maximum growth in exports during the month.

In fiscal year 2012-13, India’s carpet exports earned over US$ 1 billion in foreign exchange.