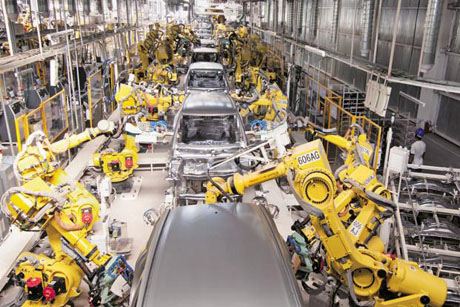 The falling automation costs and less open global trade are predicted to have little or no effect on the Indian economy as compared to other major economies around the world due to a healthy labor market available locally to Indian businesses. This is according to Karen Harris, managing director of consulting firm Bain & Company Inc.’s macro trends group.

Brian & Company have identified a few major trends that will positively impact Indian economic indicators. These include the rise of alternative sources of energy that is limiting the price that petroleum products are selling at in the market worldwide.

In a recent interview Harris said that ‘abundance of labor’ and the low wages charged for the same is what has caused a slower adoption of automation in India. Automation is also relatively new in the services field, which forms a major component of the Indian economy, even more than the manufacturing sector. Automation has been the norm for gaining efficiency in the manufacturing sector for decades. “India is the only country with scale which has superabundance of labor which means India may be slow to take up automation,” said Harris.

Harris also states that India’s labor market differs distinctly from that of China and other nations, which have experienced a sharp upturn in wage-structures.

Harris doesn’t expect the Indian economy to feel the effect of the protectionist trends in the global market. Harris says that India finds itself in a unique position with a demanding consumer population, which is advantageous to the Make in India initiative prevailing today.

In a global environment like today’s where automation manufacturing activities in local settings is made possible and affordable, a steady stream of demand becomes a tremendous advantage.