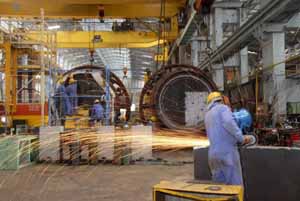 IIP works as an indicator that measures the industrial output from various sectors including the mining, manufacturing, electric and gas sectors of the economy. The index of industrial production for November 2017 stood at 125.6.

A 3.2 percent rise was recorded in industrial output between April and November 2017 compared to the corresponding time period in 2016.

The industry group “Manufacture of pharmaceuticals, medicinal chemical and botanical products” grew the most at 39.5%. “Other manufacturing” was the group where growth declined the most – by 15.9%.

The mining sector grew at just 1.1% in November 2017, and the electricity sector at 3.9%. However, these figures are higher than the corresponding figures for October.