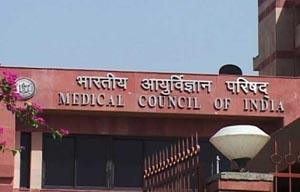 New educational modules or programs for bridging the gap between various medical systems have been discussed in the Lok Sabha.

Doctors pursuing Indian medical systems like ayurveda, homeopathy may now be allowed to practice allopathy as per the new bill introduced in the Lok Sabha.

The bill is called the “National medical Commission Bill” and will look to substitute the Medical Council of India (MCI), the current medical education regulator.

Clause 49 of the bill calls for a joint sitting of the National Medical Commission, the central Council of Indian Medicine at least once a year to “to enhance the interface between homeopathy, Indian Systems of Medicine and modern systems of medicine.”

Specific educational modules or programs across various medical systems and promotion of medical pluralism can be done with approval of all the members in the joint sitting.

The joint sitting might provide an affirmative vote by all the members in attendance to make a final decision on the approval of a specific bridge course that might be launched for Homeopathy and medical Systems that would enable them to prescribe modern medicines as per the bill.

The provides for the inception of four autonomous boards that will be in charge of conducting education at the undergraduate and post-graduate levels, the ratings and the assessment of medical institutes and the also the registrations of petitioners under the National Medical Commission.

The commission will have a chairman and members, which the government will nominate. The board members will also be selected search committee under the Cabinet Secretary.

The MCI will then be replaced by a 25-member commission, according to the bill.