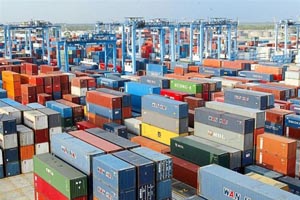 India’s plastic exports are set to cross the USD 8 billion mark according to the Plastic Export Promotion Council (PLEXCONCIL) due to an encouraging growth trend.

The first half of FY18 oversaw a rise in the cumulative value of India’s plastic exports by approximately 9.5 percent resulting in a valuation of USD 3.49 billion, which is a substantial increase to the USD 3.19 figure recorded the previous year.

"We are working with the government on a strategy in order to increase the country's plastic exports as the global export market for plastics of USD 800 billion presents a huge opportunity.

The Council has taken up all important issues post the GST-era, with the concerned Ministry for remedial action in terms of fast tracking of IGST refunds; exemption of merchant exporters from GST on procurement against bond, clear procedure for third party exports under the GST regime; using of Chapter 3 incentive scheme scrips & advance authorization for debit of full import duty and restoring of export benefits to export oriented units," Thakkar said.

India exported plastics worth USD 630.93 million in September 2017; this figure has risen by 17.3 percent from USD 538.01 million. India’s top plastic consumers were the United States, China and Italy.

India has also done well to increase the presence of its products worldwide by doing business with countries like Belize, Samoa, South Sudan and Micronesia and more. The value of plastic exports to these countries are estimated to be USD 0.18 million.


The plastic industry in India also boasts potential in the form of infrastructure, labour and capacity. The country is also one of the highest ranked consumers of polymers in the world. There are over 30,000 plastic processing units in the nation that employs in excess of four million people. The plastic industry has recorded an impressive growth rate consistently is one of the fast-growing industries in India.

India is the first Asian Country to Introduce a 'Plastic Pact'