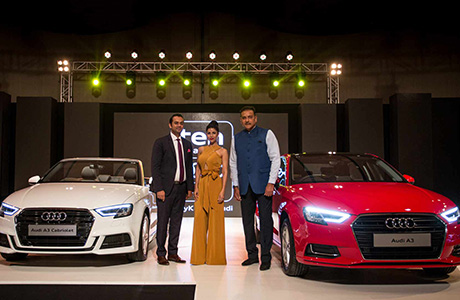 German luxury automobile manufacturer, Audi, reported 2 per cent increase in its total sales in India at 7,876 units on 3rd Jan. The company had new cars that were launched into the market and it was because of these new cars that the company witnessed a growth in 2017.

The Company, which was founded in 2007 with headquarters in Mumbai completed ten years of operations in India, had sold 7,720 units in the previous year.

Reflecting on the 10 years journey, Audi’s head of Indian operations Rahil Ansari said, "Audi completed ten years in India in 2017 and we are delighted that within this short span, it has become one of the most preferred luxury car brands for enthusiasts in the country."
Commenting on the perspective, he said, the company is looking forward to the launch of popular SUV, Audi Q5 new generation on January 18 2018.

"Apart from this, we promise to bring some more exhilarating cars for Audi enthusiasts this year...I can promise that 2018 will be the year of some of the most exhilarating products from the Audi line-up," Mr. Ansari added.

Last year, Audi had 10 launches, including the A3 Sedan, A3 Cabriolet, SUV Q3, sedan A5, and Audi S5 among others.
The company also widened its reach to tier 2 and tier 3 towns in India and has an overall of over 90 customer touch points that include workshops, showrooms and Audi Used Car facilities.