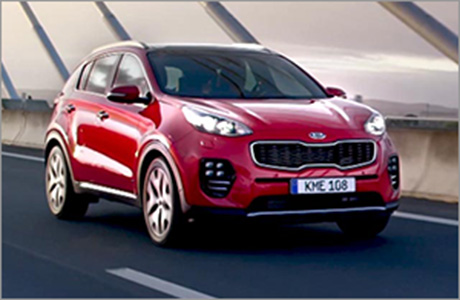 Kia Motors, the Korean auto maker, on Wednesday selected Kookhyun Shim as managing director and chief executive officer. Shim will be responsible for leading Kia Motors' expansion in the Indian market and strengthen the company’s position in the fifth largest global automotive market in his new role.


Shim’s new duty will ensure KMI's schedule of operations and projected agenda are achieved. He will also oversee the construction of Kia Motor's first ever manufacturing facility in India. Kia has dedicated investments to the tune of $1.1billion for a Greenfield manufacturing unit in Andhra Pradesh. Shim, has experience in the automotive industry to his role for over 30 years’, having recently worked as Head of KIA Motors Manufacturing Georgia Plant Coordination Group.

“We are delighted to announce the appointment of Kookhyun Shim as MD & CEO for India,” said President at Kia Motors Corporation, Mr. Han-Woo Park,. “We recognise India as a major market with huge potential for our world-class cars. We are confident that Shim’s leadership will provide the direction we need to grow our presence in what is one of the world’s biggest new car markets,” he added.

“Kia has big plans for India, the Indian economy is at an inflection point, and I am excited to work in an emerging market that’s forecasted to become the third largest globally by 2021. India is a crucial market for all global automotive brands, and I aim to replicate the success that Kia has seen in many other major markets. Kia’s brand slogan, ‘The Power to Surprise’, will be present in everything we do here.” stated Shim

Kia Motors Corporation was founded in 1944, with revenues of over $45 billion, produces over 3 million vehicles a year from 14 manufacturing and assembly operations in five countries.