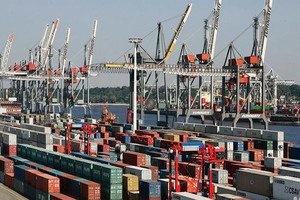 Ravi P Sehgal, who has taken over as the new chairman of the EEPC India, the apex organisation of the country's engineering exporters feels that year 2018 is expected to be a good year for exports on back of global trade boom. In a statement from the FIEO, he said, that trade is heading into a boom globally, as we usher in 2018 which promises to be filled of opportunities and growth for the Indian exporters, making it imperative to add competitive pricing and technological strength to Indian exports. Mr. Sehgal who is also the managing Director of Carnation Industries Limited added, "The good news is that, as the IMF has outlined, the global trade has grown at a faster pace than the overall world output growth, as the US, Europe , Japan and China are witnessing a resurgence in economic activity.  Developed markets are very important destinations for the Indian export basket, including the engineering goods, which are among the largest contributors to the country's export consignments,"

While the robust growth in world trade would be a theme in 2018, and which needs to be fully exploited by India, there is a need to be on a guard against increasing protectionism in the top economies.  EEPC India has said that it’s aim is to work actively with the commerce ministry to engage with the US, Britain and the EU to sort out any policy issues that may act as barriers to our shipments.

Immediately resolving exporters' issues relating to piling up of refunds of the GST is another area of concern that the FIEO chairman is looking at solving with the cooperation and support from the finance ministry. "We have to ensure that our exporters should not miss out any global opportunity for the sake of cash flow. This is possible only when the GST glitches are removed".

Cumulative value of Indian exports during the April-November 2017-18 period was $196.48 billion versus $175.41 billion registering a growth of 12.01%. Growth in the month of November alone was at 30% while the engineering related exports went up by over 43% during the same month.