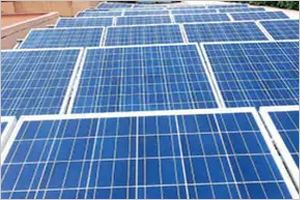 BHOPAL: Just a day after CM Shivraj Singh Chouhan laid the foundation stone for the 750MW Rewa Solar Park, Madhya Pradesh is aiming to pip China by setting up the world's largest solar power park with an installed capacity of 1050 MW.

While half of the power from the Rewa plant - one of the biggest in the country - will be supplied to Delhi Metro, power from the new solar plant will boost Indian Railways.
The 1050MW solar power park is to be developed over 2,100 hectare straddling three districts - Shajapur, Rajgarh and Agar Malwa, say sources. The biggest solar power park today is of 850MW in Longyangxia Dam, China.
"Some of the land has already been allotted to us for developing this park," principal secretary for new and renewable energy, Manu Shrivastav, told TOI, adding: "Talks with railways are in the final stages and they have agreed to purchase 400MW of power. The remaining would be purchased by state government. "