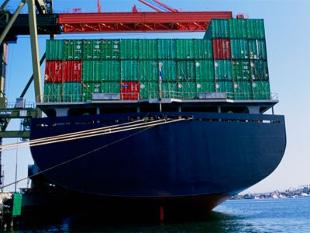 NEW DELHI: India's double-digit exports growth story, which has helped the rupee stage a remarkable recovery and ease current account deficit worries, is likely to get even better in the coming months, according to a government-commissioned assessment of the order books of exporters.

Outbound shipments of goods are projected to grow nearly 24% in the four months to December, and by about 16% during the entire 2013-14 fiscal, helped by a recovery in developed countries and newfound competitiveness because of nearly 15% rupee depreciation in the current financial year.

The Federation of Indian Export Organisations (FIEO), a government-backed industry grouping, has estimated exports at $121 billion in the last four months of the calendar year, versus $97.6 billion in the same period last year. FIEO's numbers are based on order book estimates until December. The commerce department had asked it for an on-the-ground report.

"Seventy percent of the projection is only based on the order books of the exporters till December. Measures announced in the revised FTP (foreign trade policy), and rupee fall will yield a positive result. The low base of last year will also contribute to high growth," said Ajay Sahai, CEO and director general, FIEO. Exports rose 11.6% in July and 13% in August, helping to narrow the trade deficit to a less worrying $12 billion a month from $20 billion earlier. Last year's $196-billion record trade deficit pushed the current account deficit to a high of 4.8% of GDP, dragging the rupee all the way down to 68.81 to the dollar.

The Indian currency has been strengthening over the past two weeks and ended at 63.48 to the dollar on Friday.

"We are happy. Exports may actually touch $335 billion, growing at the current pace," said a commerce department official. India's exports traditionally rise in the September-December period because of Christmas, spring and summer demand in the US and Europe, markets that together account for India's 30% of exports. Weak demand from those regions led to exports declining 4.7% last year. But that's likely to turn around with the US economy growing 2.5% in the quarter ended June, better than the 1.7% growth initially estimated. The euro zone emerged from recession after nearly two years, growing 0.3% in the second quarter of 2013.

Engineering has led the rise. India's third-biggest export sector that contracted in July when overall exports rose 11.6%. Engineering exports are expected to rise a cumulative 22% in the four months starting September to $21.5 billion against $17.1 billion last fiscal. These exports, which don't benefit much from rupee depreciation because of the high import content, rose 2% in August.

The industry is divided about prospects in the coming months. "We are expecting a growth of about 10% only," said Aman Chadha, chairman, Engineering Export Promotion Council. Steel, which contributes about 60% to engineering exports, now costs 8% more, he pointed out. Sanjay Budhia, MD of the Patton Group, is more optimistic.

"Engineering exports may very well see an over 20% growth for these four months," he said. "Our company is expecting about 16% growth, and are also getting enquiries from US and EU for some new products, for which we have sought DGFT's intervention for incentives." DGFT is the Directorate General of Foreign Trade.