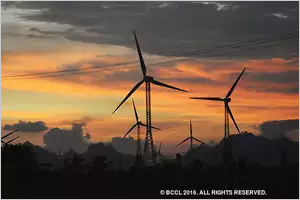 The company has invited proposals for setting up of ISTS connected Wind Power Projects in India, on 'Build Own Operate' basis for an aggregate capacity of 2000 MW, as per the tender document.
The SECI has been designated as Trader for purchase and sale of wind power from such projects. It will enter Power Purchase Agreements (PPA) with the successful bidders selected based on this RfS (request for selection) and Power Sale Agreement with the interested Buying Entities.
Under this auction, the eligible bid capacity will be a minimum of 50 MW and maximum, 400 MW. The discoms of non-windy states which require wind power to fulfil their non-solar RPO (Renewable Purchase Obligation) under respective RPO regulations will be eligible to buy wind power under this scheme.
The duration of the PPAs and PSAs will be 25 years from the date of commercial operation of the projects. No separate Central Financial assistance is envisaged for implementation of the scheme.
The pre-bid meeting is scheduled on December 14, 2017. The last date for bid submission is January 16, 2018.
The government has already auctioned 2 GW wind capacities so far in the first and second rounds this year. Wind power tariff had dropped sharply to an all-time low of Rs 2.64 per unit during the second auction by the SECI for 1 GW projects in October this year.
After this third round, government has planned another round of auction of almost same capacities by this fiscal end.
India has wind power installed capacity of nearly 32.5 GW, sharing around 9 per cent of total installed capacity
Globally, India is at the 4th position in terms of wind power installed capacity after China, USA and Germany.
India has set an ambitious target of achieving 175 GW power capacity from renewable energy resources by 2022 and out of this 60 GW to come from wind power.
The wind power potential in the country is assessed by the National Institute of Wind Energy (NIWE) at 100 meter above ground level, which is estimated to be over 302 GW.