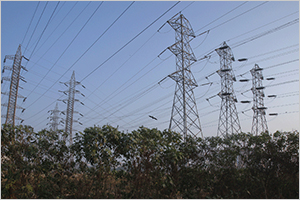 The union government on Thursday set March 2019 as the deadline for 24x7 supply of electricity. Power and New & Renewable Energy Minister R K Singh urged his states' counterparts to bring electricity distribution losses below 15 per cent to ensure uninte power for all by 2019.

Discoms will be penalised for load shedding post March 2019, CNBC TV 18 reported. "We have reduced the distribution (aggregate technical and commercial) losses. It is necessary to achieve 24x7 power for all by 2019," Singh said.
Power Minister R K Singh inaugurated the conference of 'Ministers for Power and New & Renewable Energy of States & Union Territories'. The minister said there are 16 to 17 states, which are incurring distribution losses more than 15 per cent.
He further said: "We are going to add 4 crore more subscribers under the Saubhagya scheme. Thus, with increase in supplies, leakages would further increase. We cannot continue to set off these losses using taxpayers' money."
On the Saubhagya scheme, he said: "We are going to do it by December 2018. We have to do it. We have provided over Rs 90,000 crore from 9th Five Year Plan onwards to strengthen the system in states. We are providing funds under various schemes."
At present, all states have not submitted their proposals under the scheme. The proposal would have to come from states to seek funds. The Centre has provided Rs 16,320 crore under the scheme.
Talking about the renewables, Singh said clean energy would edge out fossil fuels, particularly petroleum, which is strategically in favour of India in view of huge imports.
The minister also spoke about the Centre's hydro policy which is aimed at reviving the stranded projects and assured states to push this clean source of energy which can become base load to replace thermal power.
Singh also asked them to roll out the Saubhagya scheme in their states to provide power connections to 4 crore families by December, 2018.