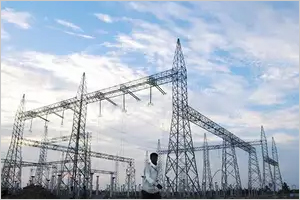 The power ministry has asked the coal ministry to issue directions to Coal IndiaBSE 0.40 % Ltd to start coal supply to the winners of coal contracts auctions without waiting for approval from the power regulator Central Electricity Regulatory Commission (CERC).

"Considering the urgent need of resolution of issues of stressed assets, ministry of coal is requested to advise CIL/SCCL to start coal supply provisionally after amended/supplementary PPA is signed between developer and the procurer (Discom). After obtaining approval of the appropriate commission, FSA may be signed," an office memorandum issued by the power ministry last week said.
In meeting held by the power ministry last month, representatives from banks expressed concerns about delay in issue of coal allocation letters to auctions conducted by CIL for PPA holders under Shakti, the office memorandum said. Signing of firm coal supply agreements may take 2-3 months after issue of the coal allocation letters as the requirement of PPA and approval of the appropriate commission may take time, it said.
Coal India's board had last week approved the winning bids of a bunch of power producers including Adani Power, GMR Energy and KSKBSE 4.99 % Energy that quoted the highest discount in electricity tariffs to receive coal from the state-run miner.
The auctions, held on September 11, are being seen as critical to address the stressed assets problem. The power ministry has said the auctions would revive seven of the 34 power projects identified in the stressed-assets category by the government.
Under the scheme, power plants have to amend their power purchase agreements with distribution companies to factor in the discount in tariffs offered by them during the auction. As per the scheme, Coal India had to issue letters of intent to the power companies within 15 days of the conclusion of the auction and the power companies have 45 days to amend the PPAs and get approval of the Electricity Regulatory Commission. CIL will have 30 days to convert the letters of intent into fuel supply.