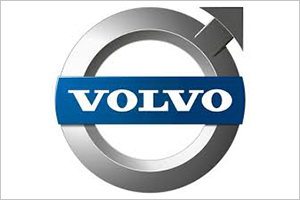 Sweden’s Volvo is keen to end German dominance of India’s luxury-car industry, offering new-age electric vehicles to climb to the top reaches of the leader-board that now features Mercedes Benz, BMW and Audi.

Volvo Car plans to bring only electrified vehicles to the local market starting 2019, the move being in line with New Delhi’s vision to switch 40% of the country’s new vehicle fleet to an all-electric mode over the next decade.
“It is absolutely our intention to be leaders in this area (e-luxury)... By 2019, every new Volvo will be electrified, whether it is hybrid, plug-in hybrid, mild hybrid or full electric,” Charles Frump, managing director at Volvo Auto India, said. “It is really great that there is such alignment with the Indian government and its 2030 initiative.”
Globally, the company aims to sell a million electrified vehicles by 2025. Frump said that India will “certainly be a large chunk of that”.
He acknowledged that infrastructure challenges persisted but was confident that the company would be able to compete despite phasing out conventional engine options in new vehicles starting 2019.
“One of the things good with our electrification strategy is that we have a range of possibilities from mild hybrids, plug-in hybrids to full hybrids and electrics. So whatever India decides... we will be future-proofed for that,” he said.
The company is examining the possibility of developing a local vendor base to keep prices competitive, and Volvo’s short-term focus is to increase the number of vehicles assembled in the country. Volvo Car commenced local assembly of the XC90 in India in October 2017. “We will start with cars in our SPA platform to assemble locally — S90, V90 Cross Country, and XC60. That is clearly our strategy to broaden the number of cars that are built locally,” Frump said.