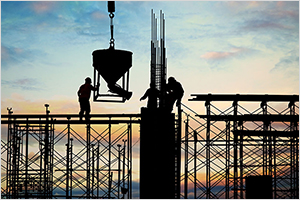 The boom in infrastructure projects is driving steel demand in India as the country prepares for national elections to be held in 2019. Steel consumption in fiscal 2018-2019 is likely to continue at an estimated 4-5% annual rise, according to a survey of mill officials and traders.

During April-October, India’s overall finished steel output rose 5% on the year to 69.6 million mt, even as overall steel consumption lagged behind at 56.7 million mt, at a growth rate of 4.2% year on year.
This increase in steel demand follows the launch of numerous infrastructure projects announced by Prime Minister Narendra Modi’s government for 2018. The implementation of these projects was expected to pick up speed before the country goes to the polls in 2019, market participants said.
The upcoming budget to be announced by the finance ministry on February 1 is likely to introduce subsidies for the agricultural sector, allowing higher disposable income for farmers.
Tractor manufacturers have already started ramping up production for the quarter ending March 2018, in anticipation of upcoming demand as a result of these initiatives, Sanjeev Raghuvanshi, executive director at steel wheels producer Steel Strips & Wheels Ltd., said. His order book for tractor wheels during the January-March quarter has increased to an average of 60,000 wheels/month, up from 45,000 wheels/month during the October-December quarter.
Higher income levels in the agricultural sector are likely to affect the consumption of other steel products such as farming equipment, storage bins and roofing sheets for residential and warehousing purposes.
Steel consumption for housing construction is also likely to rise due to Modi’s Housing for All by 2022 movement to provide slum dwellers with affordable housing by building 12 million units in urban areas over the next three years and 10 million units in rural areas by March 2019.
“We believe that government spending on constructing houses, educational institutes, hospitals, and government offices will gather pace during 2018,” said Jayanta Roy, research head at Kolkata-based ICRA Research.
Besides, steel demand will be generated from the launch of new infrastructure projects in 2018, a mill official with state-owned Steel Authority of India Ltd. said.
On October 25, the government approved the Bharatmala project that includes the building of about 34,800 km of roads. Phase 1 comprising 24,800 km of roads is scheduled to be completed in 2022. This is in addition to other road construction projects comprising 48,877 km planned by the National Highways Authority of India over the next five years.
Road construction will result in a boost in steel consumption from the building of bridges, flyovers, culverts, crash barriers, the SAIL official said.
During April-November, about 4,944 km of roads were constructed against a target of 15,000 km targeted for the financial year ending March 31, 2018, according India’s Ministry of Road, Transport and Highways.
Similar capacity expansion projects have been announced in other steel-consuming sectors such as the railways, power transmission and defense manufacturing
However, analysts remain skeptic of the pace at which these projects will convert into real steel demand.
“We understand that the announced program [Bharatmala] will still take at least 15-18 months from now to get into execution phase,” said a recent report published by Mumbai-based equity research company Jeffries India. Typically, a project takes about six months for the preparation of a detailed project report, followed by another 3-6 months for parliamentary approvals, environment clearances, land acquisition, and the tender awarding process.
According to a recent report by ICRA Research, India’s overall steel output is likely to rise to 113 million mt in fiscal 2018-2019. However, domestic steel demand will be much lower, estimated at 95 million mt, it said.
“While the government’s Bharatmala highways project provides huge opportunities, the target of achieving more than 25,000 km/year for the next three years looks ambitious and hinges critically on the pace of land acquisition along with other requisite approvals,” it added.
Steel exports by Indian mills are likely to continue to rise due to higher output from recent capacity expansions of about 18 million mt were completed by major mills including SAIL, JSW Steel and Tata Steel over the past two years.
How and when this increased steel production will be absorbed by a growth in domestic steel demand remains to be seen.