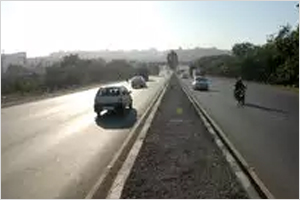 ET Intelligence Group: The priceearnings (P/E) multiples of construction companies including KNR Constructions, Dilip Buildcon, Sadbhav Engineering, and PNC Infratech have improved by 30-150 per cent since March 2017 following a slew of government reforms.

The recently launched Bharatmala project to build highways in the North and the North-East of the country is likely to boost the future growth of these companies thereby helping them sustain the valuations.
Construction companies are attracting investors given their higher revenue visibility amid reduced hurdles in project execution. For instance, according to industry trackers, the National Highways Authority of India (NHAI) has facilitated clearance of more than 80 per cent of the land acquired for execution of projects. This works in favour of construction companies since this was a major hurdle in the past five years.
The Bharatmala project consists of approximately 84,000 km of roads by 2022 at the cost of around Rs 7 lakh crore. Of this, the government will spend Rs 5.8 lakh crore to build 34,800 km of highways or Rs 15 crore per km. For the remaining project, the cost is Rs 3 crore per km. Analysts expect 8,000-9,000 km of projects in FY18. This will be higher than the 5,000 km of projects rewarded by NHAI in FY17.
The balance sheet of the mentioned companies is not disproportionately saddled with debt. Therefore, they are well positioned to take advantage of the Bharatmala opportunity.
In the coming quarters, competition to grab construction orders is expected to intensify as companies focus more on executable projects than those susceptible to traffic and inflation data. The stocks of KNR Constructions and Dilip Buildcon are available at P/E multiples of 27 and 33 respectively whereas Sadbhav Engineering, and PNC Infratech trade at P/E multiples of 36 and 24 in that order.