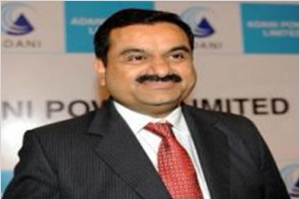 Reliance Infrastructure, as part of its deleveraging strategy for future growth, signed a deal with Adani Transmission Limited (ATL) for a 100 per cent stake in its Mumbai power business for a value of Rs 13,251 crore. As part of the deal, the ATL will take control of the integrated business of power generation, transmission and distribution. According to Rinfra, India’s largest private integrated power utility, the latest deal is the largest ever debt reduction exercise by any corporate. Following the signing of the deal between RInfra and Adani Transmission, the shares of both the companies surged up to 10 per cent on the Bombay Stock Exchange (BSE) in intra-day trade, as per PTI report.

Though the deal has been signed for a total consideration of Rs 18,800 crore, its actual value is Rs 13,251 crore that comprises the entire power business valued at Rs 12,101 crore and regulatory assets of Rs 1,150. Besides, the company said regulatory assets of Rs 5,000 crore and net working capital of Rs 550 crore will flow directly to RInfra. “The acquisition marks our foray into the distribution sector in India. We see distribution as the next sunrise sector as India embarks on its mission to achieve 24×7 power for all,” said Gautam Adani, Chairman of the Adani Group. He added there was a “massive opportunity” for organic as well as inorganic growth.
PTI Report added, Reliance Infrastructure’s Mumbai power business is a gigantic power generation and distribution system that caters to a population of more than 3 million people in residential, industrial and commercial consumers of Mumbai. With a power generation capacity of over 1,800 mw, Reliance Energy generates annual revenues of Rs 7,500 crore with stable cash flows. For the quarter that ended in September, Reliance Infrastructure posted a net profit of Rs 5.44 billion and reported a total debt of around Rs 140 billion. Anil Ambani-led Reliance Infrastructure on December 6 had bagged contracts worth Rs 5,000 crore through international competitive bidding in Bangladesh to set up infrastructure for a 750 mw LNG-based combined cycle power plant.