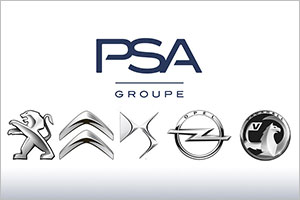 France’s PSA Group to take forward its India plans after Korean and Chinese carmakers. As per sources aware of the advancement the French auto major, which bought the famous Ambassador brand will be holding a meeting of suppliers on December 7 in Chennai. PSA Group has called more than 50 suppliers to attend the meeting.

“The chief of global sourcing, and senior management of PSA, will be in Chennai to decide on the start of the production and sourcing process. The carmaker is looking to make India as the export hub for the emerging markets,” according to source aware of the plan.
The French auto superior is putting a demand for quotation (RFQ) to the part suppliers for more than 4 lakh cars. Of these, one lakh will be made at the Chennai plant, which the company bought from Hindustan Motors. Components for three lakh cars will be sent out to Brazil and South Africa.
The PSA Group wants to launch its first car for the Indian market by 2020, and will be situated between Hyundai i10 Grand and Maruti Baleno, individuals aware of the issue affirmed this. The project is codenamed SC21 savvy auto venture. The carmaker is relied upon to bring out a few variations of the car.PSA has called more than 50 suppliers to attend the meeting.
This sector has been growing the quickest in India after utility vehicles. The compact segment increased 11 percent between April and October 2017.
At the beginning this year, the PSA Group signed two joint ventures in the automotive space with the CK Birla Group.
The PSA Group plans to reveal its first car for the Indian market by 2020.
As part of the primary understanding, the PSA Group will hold a greater part in the joint  venture company, being set-up for the distribution and assembly of PSA cars in India.
As per the second agreement, a 50-50 joint-venture is being set up between the PSA Group and AVTEC, a CK Birla Group organization, for make and supply of power trains.
The Indian auto market is relied upon to become the worlds third-biggest by 2020, with 5 million cars.