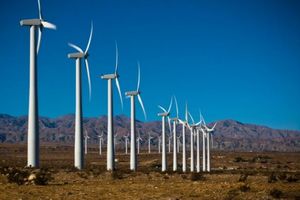 Indian Oil Corp. Ltd, the largest refiner in the country is making a strategic shift to a less carbon-intensive future by getting into clean energy and related infrastructure, while keeping refinery expansion plans flexible for course correction, said Chairman Sanjiv Singh.

The rise of renewable energy sources in the country’s energy mix is what is pushing the state-run refiner to new markets, which cuts down diesel use for power generation, and a possible adoption of electric vehicles by consumers in future.
“A lot of research is going on in alternative fuels and alternate modes of transportation by companies in the oil and gas business. All of us are involved in this process,” said Singh.
Indian Oil, which recently opened its first electric vehicle charging station in Nagpur, has plans to have a network of such stations.
The company is also working on scaling up an imported liquefied natural gas (LNG) based transportation system which requires infrastructure for LNG transportation from the import terminal and for its retail distribution.
“We are basically a retail company, We have the capability to import and retail gas,” said Singh, adding that gas will also be the feedstock for the fertilizer plants it has set up at Sindri in Jharkhand, Gorakhpur in Uttar Pradesh and Barauni in Bihar in partnership with power producer NTPC Ltd. Experts said that entering alternative modes of fuel will help downstream oil firms like Indian Oil mitigate risk.
“To mitigate risk companies need to have a strategy in place. Opening charging stations will help in this regard. However, electric mobility may gain currency only over several years due to its present constraints about the availability of charging points, cost of the battery and the range of distance that can be covered per charging,” said K. Ravichandran, senior vice-president, group head-corporate ratings, Icra Ltd.
Indian Oil will proceed cautiously with its approved refinery expansion plans as well as those currently on the drawing board while carefully evaluating the trends in the energy market to see if any change in plan is needed. By 2030, India hopes to make the nation fully reliant on electric vehicles. A ministerial working group is studying the idea.
“Today, we talk about a demand estimate of about 450 million tonnes of refinery products by 2040. Probably as the time goes by, we will have to see whether all these predictions, which are based on several assumptions and parameters, are on the same predicted levels or need some correction. Accordingly, the refining capacity will also be adjusted if need be,” said Singh.
The challenge for the company is to be ready to tackle a changing energy market while ensuring a steady supply of auto fuel till electric mobility replaces conventional fuel.