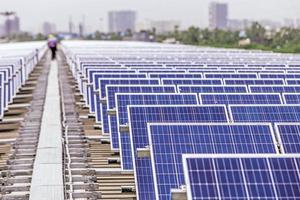 Fortum is present in heating, electricity, and cooling businesses in Baltic and Nordic countries, Poland, Russia, and India with €3.6 billion in annual sales. The company has a solar power project portfolio of 215 megawatts (MW) in India.
Taaleri has three lines of businesses— financing, wealth management, and energy. Also, Taaleri Solar Wind fund is Finland’s first equity fund to invest in overseas green energy assets.
Taaleri’s interest in the Indian assets of one of the largest hydropower and nuclear generators in Russia and Europe comes in the backdrop of India lining up large green energy contracts that includes plans to invite bids for setting up 20 Gigawatt (GW) of solar power capacity, the world’s largest solar tender, at one go; and also awarding wind power contracts totalling 24.5GW over the next two years.
The key to success is Low-cost financing, given the record low Indian solar and wind power tariffs. Interestingly, overseas firms have led the race for aggressive tariffs to secure renewable energy project contracts in India.
Green energy space in India is witnessing consolidation with overseas investors, such as Rosatom State Atomic Energy Corp and France’s Engie, readying their India plans. While there are many deals at the initial stage, not many closures are happening due to differences over valuations.
In response to a query about whether Taaleri is in talks to acquire stake in Fortum Oyj’s operational solar power projects in India, a Fortum OYJ spokesperson in an emailed response said, “As we have previously commented we are committed to solar power in India and seek to allocate of our planned growth capital in the range of €200-400 million in solar projects there. We have also stated previously that we consider seeking possible partnerships or other forms of cooperation, which would on long-term create more asset-light structure. This could, for example, mean taking financial investors alongside us to our operating renewable assets.”
“However, there is so far no news regarding any such negotiations, and as a principle, we don’t comment on market rumours,” the spokesperson for the third-largest Nordic utility added.
The interest in the renewable energy space also seems to be buoyed by federal policy think-tank Niti Aayog’s projections of a 597-710 GW capacity by 2040 in its new draft energy policy. The National Democratic Alliance government has set up an ambitious clean energy target of 175GW by 2022. Of this, 100GW is to be generated by solar projects and 60GW by wind projects. India’s ambition focusing on green economy hasn’t gone unnoticed by Taaleri or its peers.
According to information available on Taaleri’s website, “The fact that renewable energy has become competitive when compared with conventional forms of energy production will for its part allow adherence to the commitments of the Paris agreement. That is why the production capacity of both wind and solar power is expected to grow phenomenally by the end of 2020. India, for example, has set a target to build 100 GW of new solar energy production capacity by the end of 2022,”