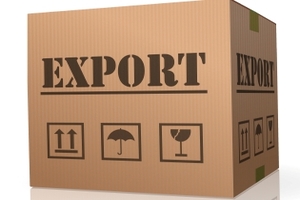 New Delhi: According to US-based chocolate and confectionary maker Hershey Co., India, which has emerged as the fastest growing market, can be the hub for exports and product incubation, if the government changes duty structure on imports and exports. Steven Clay Schiller, Hershey Co., who attended a closed-door round table with the Prime Minister Narendra Modi in New Delhi, has also raised this in his address to the Prime Minister.

“India is a great place to make it a hub. And, we want to export from India as well as import to India. But the current duty structure is a barrier. The policies need to change,” Schiller said.

“Duty on exports should be zero, or there should be duty-free two-way trade arrangements,” said the Hershey president, adding the company could start with exporting to West Asia and India’s neighbours.

On a positive note he observed that, the business climate in India has become smoother, and the country is “outpacing” some of the other markets, said Schiller.

While announcing a $50-million investment over the next five years in India where it has a presence for the past 10 years Schiller said, “Most of our investments will be in brand building. We have a pipeline ready for the future. We’ll strengthen our offering in the existing brands and will launch new brands,” , however he declined to name the new brands that the company is considering to launch. Presently, Hershey has a multi-category portfolio in India, including brands like Hershey’s Syrups, Hershey’s Milk Booster, Hershey’s Spreads, Hershey’s Milk Shakes, Jolly Rancher, Brookside Chocolates, Jumpin, Nutrine and Smart Cook.

The Pennsylvania-based company, in its third-quarter results, said its net sales in India grew 16% making it the company’s fastest growing market, compared to its sales in Brazil 3.3% and Mexico 10%. “In 2018, we’ll focus more on strengthening distribution as we are increasing the pace of our expansion in India,” Schiller said.

He said the company will increase it’s staff strength by 10%, both direct and indirect. At present, it has 700 people under its direct payroll in India.

Hershey also has one manufacturing unit in India and it has co-production arrangements with local third-party manufacturers. India’s chocolate confectionary market is projected to grow at 8% annually between 2016 and 2021 to reach Rs16,200 crore (on constant value) from Rs11,256 crore in 2016, supported by better retailing across rural areas, according to a study by consulting firm Euromonitor International.