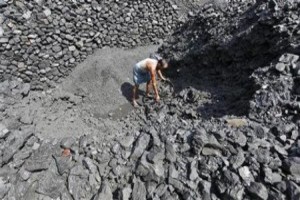 Coal India chairman Gopal Singh said coal-based power generation capacity is expected to be over 330-441 GW by 2040 from the current 192 GW.

"Coal-based power generation will definitely rise. Currently, 73 percent of the power generation of the country is coal-based. The large planned new coal-based thermal capacity is likely to put pressure on coal," Coal India (CIL) chairman Gopal Singh said.
Coal-based power generation capacity of 125 GW in 2012 is likely to go up to more than 330-441 GW by 2040, he said, adding that the demand for these plants is likely to be first met by domestic coal, which will require quick exploitation of reserves.
"All the above calls for fuller coal resource assessment, optimum mining, and efficient use," Singh said.
The share of coal in country's commercial primary energy supply, which was 55 percent in FY16, was likely to remain high at 48-54 percent in 2040.
"Sustained levels of high domestic production would greatly advance India's energy security. Methanol economy and Coal gasification technology also hold value for India to commercially tap our coal resources," he said.
The company, Singh said, is pushing hard to meet the output target of 600 million tonnes (MT) for FY18 and the one billion tonnes by FY20.