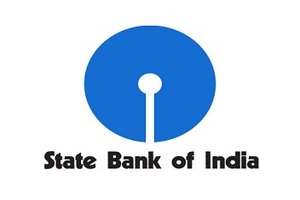 As part of India's ambitious goal of reaching 100 gigawatts of solar energy production by 2022, the country's largest lender, State Bank of India, has agreed to extend 23.17 billion rupees ($357 million) worth of credit to seven companies for solar power generation.

The financing is being granted to companies including the JSW Energy, Adani Group Tata Power Renewable Energy, Hero Solar Energy and Hinduja Group's Hinduja Renewables for "viable grid-connected rooftop solar projects," the bank said. The projects will generate 575 megawatts of solar power.
The funding draws on a $625 million line of credit that State Bank obtained from the World Bank in 2016, under which the Indian lender has already extended loans to small companies. This latest round will bring the number of projects receiving loans to 43.
State Bank further said in the next 18 months it will lend out the entire World Bank line of credit to companies.
The funding is part of State Bank's bid to diversify its portfolio, with a special focus on the renewable energy sector. The lender's renewable energy loan portfolio stands at roughly 120 billion rupees.
"Projects in the renewable sector are relatively smaller," State Bank of India Chairman Rajnish Kumar observed. "We are comfortable with this sector, as many risks associated with thermal power projects are not there. Our funding policy clearly states that anybody who quotes below a particular tariff, which we consider not viable, we will not touch such projects."
"In some Indian states, recent contract prices are comparable to coal tariffs, the IEA said in a report. "India's accelerated case indicates that renewable capacity expansion could be boosted by almost a third, providing that existing grid integration and infrastructure challenges are addressed, policy and regulatory uncertainties are reduced, and costs continue to fall. With this growth, India would equal the United States, becoming the joint second-largest growth market after China."
The agency expects China, the U.S. and India to account for two-thirds of global expansion in renewable energy by 2022.