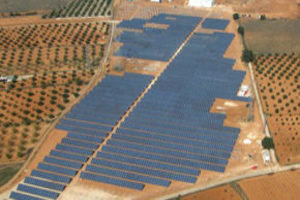 South-Eastern Coalfields limited (SECI) and The Northern Coalfields Limited (NCL) – subsidiaries of Coal India Limited (CIL), has visualized the execution of green energy by way of 200 MW installation in the state of Madhya Pradesh.

SECI on behalf of Owner (CIL and subsidiaries) has invited bids from eligible bidders to participate. The offer is for Engineering, Design, Supply, Erection, Construction, Testing & Commissioning of two-100 MW (AC) solar PV Power plants, using domestically made modules and cells. The bidder who wins should take care of O&M for 10 years.
SECI also scheduled a pre-bid meeting at Coal India limited was also scheduled by SECI, Coal Bhawan, Kolkata for clarifications, to be held on November 13.
The installation sites will be Northern Coalfields Limited (NCL) and another one for Southern coalfields limited (SECL) respectively. The bidders are asked to bid for one of the 100 MW block capacities only.
This comes in the backdrop of a MoU signed between SECI and Coal India to install 1000 MW in solar parks in different parts of India. An ambitious target has been set by India which is to be achieved by 2022, of 175 GW of solar installations. The country in response is rapidly increasing its installations year by year to meet the target.