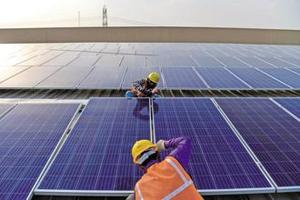 Essel Infraprojects, part of the Essel Group, is looking for buyers for its 685 megawatts of solar power capacity, which is nearly 50% of its overall renewable energy portfolio of 1,400 megawatts. While the company has not specified the reason for this planned sale, it joins several others who have either already sold off or are looking to offload their solar power assets.

Another commonality in Essel Infraprojects and other sellers is that they are not core power generation companies or renewable energy project developers. The company has diversified assets and interests in transportation, power transmission, and waste management.
The company operates six solar power projects with another six under construction. Several of these projects were won in competitive auctions under state or central governments.
The company in 2006 had committed to have an operational renewable energy capacity of 12 gigawatts including 7.5 gigawatts of solar, 4 gigawatts of wind, and 500 megawatts of waste-to-energy projects. An agreement was also signed with the government of Rajasthan to set up a 5-gigawatt solar power park; no details or developments have been recently reported in this matter.
A possible reason for selectively selling off solar power assets could be the sharp fall in solar power tariffs due to increased competition and fall in solar power modules prices. The increased competition has led to a mad race which saw tariffs fall by 86% since 2010. At present, the lowest solar power tariff in India is Rs 2.44/kWh.