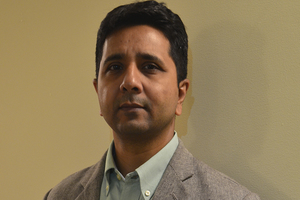 Homergize, a Bangalore based sourcing, and services company, working in the construction and remodeling industry have managed to raise $1 million (6.5 crores) in a pre-Series A round of investment from the Chairman of Sutures India, LG Chandrasekhar.

The funds will be used to upgrade technologies and expand into new markets in new cities, surging business development activities, as told by Chief Executive of Homergize, Vinod R Kaushik.
Homergize is a sourcing service for construction, interior design and home-improvement products such as building materials, electricals, flooring, plumbing, safety and security, furnishings and fittings.
The company works as both a business-to-business (B2B) as well as a business-to-consumer (B2C) service. Primary revenue is received from sales to large developers and mid-sized builders.
“We follow an online-offline model in the B2B vertical. We partner with mid-sized developers as an extension of their procurement arm, because most of them don’t really require a dedicated procurement team,” Kaushik was quoted saying.
The start-up was established by Kaushik in the second quarter of the past year. Kaushik was also a founding partner of SmartPlay Technologies, a software services company that was acquired by Aricent Inc for an estimated $180 million.
Homergize also has designs on expanding to several other cities with Chennai and Hyderabad being top priorities.
Homergize is also set to launch its mobile app shortly. Homerrgize is also working on tech tools for estimation, reverse bidding and bill of quantities (BOQ) conversion. Homergize is currently working alongside 100 mid-sized builders and contracts and 10 big developers with an average order valued around Rs 70,000. The company is also enjoying a growth rate of 20-25 percent per month.
The investor, LG Chandrasekhar is a social entrepreneur and an angel investor. Chandrasekhar founded Sutures India and has a market cap of more than $450 million. A video-learning platform VideoKen Inc was the newest benefactor of Mr. Chandrasekhar’s investments. He is also the managing trustee of Svantantra, a charity organization working for better school education, skill development and stopping afforestation.