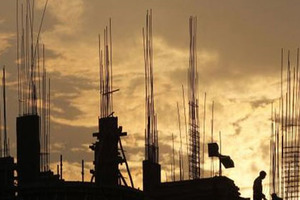 The Abu Dhabi Investment Authority (ADIA) will invest $1 Billion in India's National Investment and Infrastructure Fund (NIIF), in a bid to raise equity funds for the infrastructure sector in the country. ADIA and NIIF have already signed the investment agreement.

In 2015, the NIIF fund was created by the Indian government, for enhancing infrastructure financing in the country.
This agreement will make ADIA the first institutional investor and a shareholder in the NIIF's Master Fund.
There will be six more Indian institutional investors who will also join the NIIF Master Fund besides ADIA, namely – HDFC Asset Management, HDFC Standard Life Insurance, ICICI Bank, Housing Development Finance Corp, Kotak Mahindra Old Mutual Life Insurance and Axis Bank.
Subhash Chandra Garg, Economic Affairs Secretary said "This agreement paves the way for creating significant economic impact through investment in commercially viable infrastructure development projects,"
According to a KPMG report, the Indian infrastructure sector is now witnessing huge investments from the private institutional investors. Steadily, investments in this sector have been increasing from about $5.2 billion in 2013 to about $7.1 billion in 2016.
"The year 2017 is on its course to witness highest annual investment in Indian realty in past decade, with about $ 5 billion worth of deals already closed so far. Indian real estate is attracting attention and interest of the global real estate community," said
Neeraj Bansal, Partner and Head, ASEAN Corridor, Building, Construction and Real Estate, KPMG in India.
UAE investors have decided to invest $75-billion in India with interest showed in India’s healthcare sector as well.
UK and India announced in April the launch of a Green Growth Equity Fund, to be set up under the NIIF framework, for green infrastructure projects in India.
Earlier this year, Finance Minister Arun Jaitley, said the country required investments about $646 billion (Rs 43 lakh crore) in the infrastructure sector over the next five years. Around 70 percent of this requirement will be in roads, power, and urban infrastructure.
Overall, India needs about $1.5 trillion investment in the infrastructure sector in the coming 10 years.