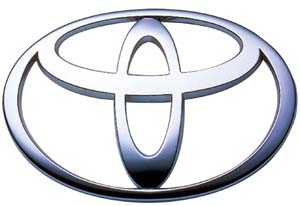 The Indian subsidiary of Japanese Toyota Motors Wednesday said it will increase exports from the country by another 5,000 units this year.

"We will be exporting over 25,000 vehicles this year. Last year we exported around 20,000 vehicles. Our exports comprise mainly of Etios and Liva," said Sandeep Singh, managing director and chief operating officer, Toyota Kirloskar Motor, on the sidelines of the Society of Indian Automobile Manufacturers (SIAM) annual summit here.

"We are focusing on exports. But opportunities in the emerging markets are not good, as currency depreciation has happened there as well."

The company currently exports to South Africa. It dispatched the first consignment to Indonesia recently.

"We have sent a pilot batch to Indonesia which will be a new market for us. We have got orders for around 2,200 vehicles," Singh said.

In terms of price hikes, Singh said that if the current depreciation in rupee continued than the company might pass on the cost to customers.

"We have taken a price increase on Fortuner and Camry of one percent recently. If the rupee continues to slide like this then we may have to take a price increase from October onwards," Singh said.

He expressed optimism over a pick-up in sales for the upcoming festive season by eight-ten percent over the previous months.

The company's sales during the last month fell 6.3 percent and stood at 15,201 units from an off-take of 16,225 units in the corresponding period last year.