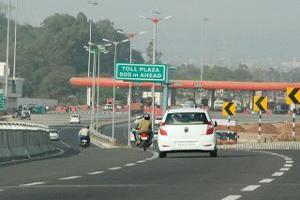 NHAI said it will "certainly exceed" the current financial year's target of constructing 3,500 km of highways.

"Our target is 6,500 km and construction target is 3,500 Km. We have to exceed it. Certainly we will exceed this target," National Highways Authority of India (NHAI) Chairman Deepak Kumar said.
He was pumped after the launch of new the website of NHAI and the app called Project Monitoring Information System (PMIS).
"The moment we exceed the target there would be extra expenditure. Right now I would not be able to say what would be (extra)
expenditure. But our expenditure will increase.”
It will exceed our budgetary allocation," he said.
The decision as to where the extra funds are going to come from is yet to be taken, he added.
Kumar said, The board has approved the monetization of operational highway projects. Under the scheme, nine highway
projects will be auctioned by this month-end which would generate Rs 6,700 crore.
"The board has approved it (monetisation of operational highway projects) and by October end will be bring it. There is a target we will do before it... There are a total of nine projects (its total cost, the bid amount is Rs 6,700)," he said.
The Cabinet Committee on Economic Affairs authorized NHAI to monetize the public-funded highway projects for mobilising funds last year.
He further added, "We will come out with one RFP (Request For Proposal) in October and we will come out with two more RFP by March 31st."
"We have raised 19,880 crore from the market in which LIC is Rs 8,500 crore and EPFO is Rs 5,000 crore", among others.” he said with regards to funds raised.