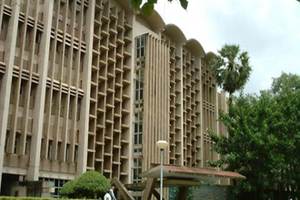 Students from the Indian Institute of Technology (IIT) Bombay have designed and built a house that is basic and requires no electricity and even generates extra energy and stores it for future use. The group will participate in the Solar Decathlon 2018 which will take place in Dezhou, China. They are the only team from India who has been selected for the challenge.

“SHUNYA” is the team's name and it consists of architecture and engineering students from IIT Bombay. The house that they have successfully built is fully functional, a kitchen, well-furnished with three rooms, sufficient lighting and air-conditioned. Solar panels are fitted on the roof tops for its functioning and it feeds excess energy to a grid on sunny days.
They have also patented a solar air heater which can reach a maximum temperature of 220 degrees centigrade. The students had earlier taken part in Solar Decathlon Europe, 2014 and had received an honorable mention in “sustainability”.
The Solar Decathlon is an international competition that challenges teams from across the world to build a fully-functional solar-powered house with cutting-edge technology in the competition site within 12 days. It is also termed as the ‘Olympics of Solar Powered Houses’.
The members of SHUNYA are also taking part in awareness activities to promote sustainable construction and dream to introduce the concept to the market in hopes of transforming the Indian building market by demonstrating that sustainable housing can be affordable.