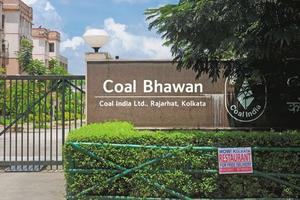 The world’s largest coal miners, Coal India Ltd (CIL), has planned to buy metal mines abroad amid faltering revenues and rising employee costs, which could lead to a strategy shift to cut reliance on the fossil fuel.

The firm plans to form two units: one to expand into copper and nickel mining overseas and another to manage its local mining of iron ore, bauxite and manganese. There are two CIL officials involved in the planning.
“The plans of Coal India to enter into metal mining business both in India and abroad are in a very promising stage, and of strategic and confidential nature,” said the company.
Coal India which is banking on government-to- government deals for its overseas foray into metal mining, company officials said
The plan to diversify metal with no prior experience is being seen by analysts as a long-term strategy to firm up revenues, with no immediate results in sight.
“It may take at least a couple of years for it to actually happen as normally the process for Indian public sector units expanding to other countries is long” said Gautam Chakraborty, an analyst at Emkay Global Financial Services Ltd.
The company is finding it hard to get a good overseas deal, and is still scouting for deals to buy a minority stake in “prime coking coal” mines in Queensland in Australia, one of the officials said.