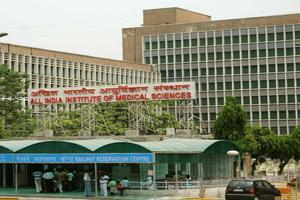 From Academic Year of 2019-20, All India Institute of Medical Sciences (AIIMS) will begin functioning in Nagpur with 300 beds. The building construction of AIIMS has begun at its sprawling land in Mihan.

Hospital Service Consultancy Corporation (HSCC) will be constructing it. Pradhan Mantri Swasthya Suraksha Yojana (PMSSY) has prepared a detailed schedule.
Construction of the medical college building will be over by May 2019, as per the set target. By the end of August 2019, the out-patient department (OPD) and 300 beds in-patient department (IPD) will be ready.
During 2015 an amount of Rs 1577 crore was agreed upon by the Union cabinet for setting up AIIMS in the city. After that, in 2016 the foundation stone was laid. MS Perkins Eastman through a global tender during February 2017 was assigned the work for comprehensive planning and designing of AIIMS. In March this year, Retd Delhi AIIMS director Dr Mahesh Mishra was appointed the officer on special duty (OSD) for the project.
The executing agency for the project, HSSC, has already finished construction of boundary wall while the building construction began recently. By March 2020 the entire construction is supposed to be finished.
By August 2019, The IPD, OPD, diagnostics, residential facility for staff and doctors and hostel for students will be ready to be used. The 300 beds IPD will expand to 600 beds and a trauma centre will be added in December of the same year.
Until the construction is done the next major task is to start AIIMS from temporary premises in from Government Medical College and Hospital (GMCH) campus. In July 2018, as per PMSSY schedule, AIIMS should begin functioning from temporary premises.