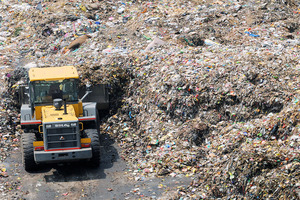 India’s largest power generation company, NTPC Limited, to construct 100 waste-to-energy (WTE) facilities in the country under the Swatch Bharat Mission of the government of India, have invited interested domestic and international developers.

The developers would be provided with a supply of waste, land and support in getting regulatory clearances for speedy initiation and a Power purchase agreements, which is very crucial if acquired backed by NTPC it will boost confidence among funding agencies towards the developer.
NTPC is looking for developers having a track record in terms of commercial operations of WTE with a capacity of 300 tonnes per day or more with at least two years of successful operations. The shortlisted companies would be impelled for setting up the facilities for which a separate tender will be floated.
Earlier this year NTPC has already commenced work on Badarpur WTE plant having capacity to process 400 tonnes of garbage from South Delhi Municipal Corporation. The plant cost Rs 300 crore ($47 million).
GJ Nature Care & Energy (GJNCE) and GJ Eco Power (GJEP) two UK based companies, specialized in converting waste to energy, proposed to invest Rs 1500 crore ($233 million) in several south Indian cities to set up WTE plants with advanced technology in the next five years.
An assessment had been done by the Ministry of New and Renewable Energy with regards to the potential of waste generated from cities and towns in India. According to that approximately 500 megawatts of power can be generated, which can be further increased to 1075 megawatts by 2031 and 2780 megawatts by 2050.
Waste-to-Energy projects have gained special attention from the central government over the last few months. Most States have been asked to procure all electricity generated from waste-to-energy projects without fail. This power procurement will also be counted towards the Renewable Purchase Obligation of power utilities.
India currently has an operational waste-to-energy capacity of 287 megawatts, most of it in the off-grid segment. A lot of effort is clearly needed on the part of power utilities, state governments and municipalities.