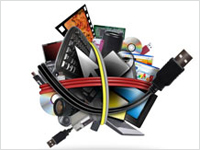 The Indian electrical equipment industry broke its negative growth numbers after four quarters. In the April-June quarter, it showed a flat 2% growth in production.

However, these numbers do not indicate growth in domestic demand for electrical equipment, as most of this  growth has come from exports of electrical equipment from India, according to production data released today by the Indian Electrical and Electronics Manufacturers’ Association (IEEMA). Exports growth is visible in developed countries like USA, Germany, UK, Australia and Canada, apart from United Arab Emirates, Saudi Arabia, Nigeria and Kenya.

Growth in domestic orders are still in the negative. “The sluggish growth in the country’s power sector and delays in project execution, and the precarious financial situation of the state power distribution companies continues to severely hit the domestic electrical equipment manufacturers,” said IEEMA.

The domestic business which is helping the industry stay afloat are from programmes like restructured Accelerated Power Development and Reforms Programme (R-APDRP) which continues to give orders. Ongoing transmission line projects as well as power generating orders from renewables like wind are contributing as well.

Major orders from coal-based power generators which form bulk of ordering have slowed down as the sector went into trouble due to coal supply. Indian power generators have placed many huge orders to many large coal-based power projects plans have been put on hold. In addition, Chinese manufacturers due to many reasons like cost, availability of credit as well as short turnaround times. This has led many capital goods players have have expanded capacity in anticipation of orders, in the negative.

“The top and bottomlines of most manufacturers are under pressure and showing continued declining trends. Over and above this, electrical equipment industry continues to face very severe credit availability, enormous delays and non-adherence of payment terms by customers, mainly power utilities, resulting in unmanageable cash flow problems across the sector,” IEEMA said.

Yet another crisis is hitting electricals companies in the form of depreciating rupee. The industry also imports critical equipment. “Given the continued threat from imports of electrical equipment in the Indian market, domestic manufacturers are being forced to absorb this additional cost to remain competitive,” the industry body, laments.