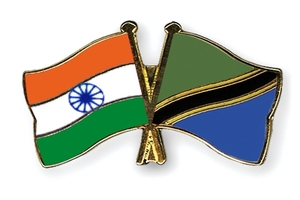 Charles Mwijage, Minister of Industry, trade and Investment, Tanzania called on the Indian business community to increase their dealings within the country to further improve trade and investment relations between the two countries.

Mr. Mwijage has taken special measures to encourage the same.
A 10 day special business forum has been initiated in Tanzania, where prospective Indian business heads can explore sites and the various facilities available around the nation before coming to a decision on making an investment in the country.
The forum was named ‘India-Tanzania Business Forum’ is organized by FICCI. Mwijage highlights that Tanzania with peace and political stability, strategic location, attractive investment regime, investment incentives and guarantees, abundance of natural resources, high growth potential, memberships of bilateral trade agreements, export processing and special economic zones, and leisure destinations, offered immense potential for trade and investment.
Manoj Dwivedi, Joint Secretary, Ministry of commerce and Industry, from the Government of India in contrast was less optimistic stating several stumbling blocks for potential Indian investors. He stated that the 20 per cent credit rate remains unfavorable. He however also revealed more positive talks with the Tanzanian government in regard to a bilateral investment treaty, a more relaxed visa policy for Indian business owners and the transfer of technology.
Mr.Dwivedi has suggested, the government of Tanzania to urge it’s industries to develop projects that would catch the eye of the Indian investor. He has also advised the making of special economic zones in Tanzania and increased adjustments to suit the Indian investor. Mr. Dwivedi has also spoke on various trade shows and investment forums being held in both countries as a measure to foster the trade relations between the countries.
Godfrey Simbeye, Executive Secretary, Tanzania Private Sector Forum Foundation (TPSF), said that there was a need to strengthen mutual trade between Tanzania and India. The forum provided a platform to lay out a progressive plan for the next year. To augment the e-governance and e-services in the country tanzania was looking towards India. For forging partnership between India and Tanzania, agriculture, food processing and food security should be priority sectors.
Dr. A. Didar Singh, Secretary General, FICCI and Dr Samuel Nyantahe, Chairman, Confederation of Tanzania Industries (CTI), also shared their perspectives on ways to boosting trade and investment between India and Tanzania.