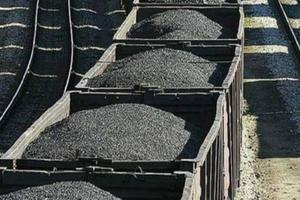 No new coal-based power plants will be allowed by the Centre, apart from the ones already under construction. This has been included in the national electricity plan.

According to a recent Greening the Grid report, 1,75,000 MW of renewable energy can be integrated into the grid by 2022, minimising the need for traditional sources of energy.
The installed power capacity is 3,30,153 MW, of which thermal power comprises 1,94,432 MW and renewable energy 58,303 MW. The Centre has taken a decision to add 1,00,000 MW of solar power and 60,000 MW of wind power by 2022.
The decision to shift to renewable energy in a big way has not been welcomed by coal-based thermal power stations.
All India Power Engineers’ Federation spokesperson Vinod Kumar Gupta said that India’s rising energy demand and the need to connect millions who are still without power, will not be possible only through intermittent renewable energy and phasing out coal power units.
Speaking to this newspaper, he said that a major shift to renewable energy will render some coal-based thermal plants idle and the investment in these plants will be wasted as it will no longer be possible to recover any returns from them.
He said that the proposed national electricity policy fails to provide an adequate framework for a number of issues that have arisen and intensified over the course of India’s ongoing energy transition. He pointed out that in 2015 the Central government had issued revised norms of emissions for coal-based thermal plants with a deadline of December 2017.