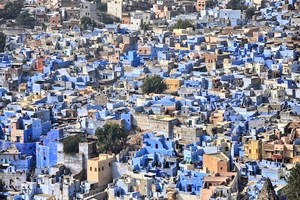 A new version of India’s building code for energy efficiency — the Energy Conservation Building Code (ECBC) 2017 — has been launched. First introduced in 2007 by the Bureau of Energy Efficiency (BEE), this code was applicable only to large commercial buildings and was aimed at addressing growing electricity consumption. Now, in addition to increasing the efficiency norms, the code has several new features, including classification of buildings, requirements that vary according to occupancy and ownership, mandatory use of renewable energy, and efficient building design that makes optimal use of daylight and natural ventilation.

Globally, building energy codes have been effective regulatory tools to build efficient buildings and have contributed to decreasing average building electricity consumption from more than 230kWh per sq. m in 1990 to 160kWh per sq. m in 2013. As of today, 53 countries, including India, mention building energy efficiency in their Intended Nationally Determined Contributions (INDCs) agreed upon at the 2015 Paris Climate Summit, and 38 identify building energy codes as important for meeting their climate commitments.
As per the government’s policy agency Niti Aayog, India’s buildings will be consuming 55% of total electricity generated by 2047, and mitigation from this sector should become an immediate priority in order to avoid the lock-in effect of inefficient building stock, and to pave the way for a residential sector code.
Case of misaligned mandates
The ECBC has to be first be adopted by the states, and then implemented by local bodies. This process has been immensely slow. In India, buildings are a state subject and laws and regulations that govern building construction are under the ambit of State Urban Development Departments (UDD) that are guided by the Ministry of Urban development (MoUD). However, BEE has developed the code. It is a body under the Ministry of Power (MoP), and the responsibility of providing implementation support in cities rests with BEE’s state counterparts, the State Development Agencies (SDAs).
For the code to be enforced, it needs to be embedded in the municipalities’ building bylaws. These different levels of jurisdiction have contributed to poor adoption of the code by the states.
Shifting national narrative
Streamlining the implementation of the code will require the MoP and MoUD to view it as a common priority, using a collaborative process as done by states like Telangana and Andhra Pradesh. Clear guidance is needed on the process as well as responsibilities of every stakeholder department in a manner that can be easily replicated to remove the institutional barriers and speed up adoption.
The code is an important regulation and perhaps there is a need to change its presentation to stakeholders to address administrative, industry and consumer concerns. There are three possible ways to do this.
Energy code is integral to design and construction: Till now, the code’s enforcement has been seen as an administrative burden, an additional responsibility for the local implementing agency. However, meeting code requirements must be considered as integral to building design and construction, just like other regulations such as fire safety and structural safety standards. This means that the code must be made mandatory.
Creating a level playing field for market players: When the code becomes just another regulation that must be complied with, split incentives and upfront cost barriers become non-issues. As implementation becomes common practice, it creates a level playing field for the industry. Additionally, at the current level of the code, supply chains and technical expertise already exist, and large-scale implementation will only ease the costs and strengthen the supply chain further. Presence of the code ensures that small builders who cannot afford expensive green rating certifications can also benefit and help move the bulk of the market towards energy efficient construction practices.
Communicating benefits: Significant energy savings for building owners or tenants through code compliance can be delivered at modest costs to the builder. From a consumer’s perspective, like all efficiency measures, building codes are cost-effective and pays back multiple times as energy savings in the course of the life of a building. At the national level, the cumulative benefits of this towards both energy efficiency and climate change goals should be reiterated as the message to not push back the discussion to upfront costs and principal-agent (split incentive) issues at a building level scale.
Road Ahead
To accelerate the implementation process for ECBC 2017, the government can consider a phased approach by reviewing municipalities and their capacity in close coordination with UDDs and identifying cities with growing construction activity. This along with clear standardised guidance is likely to ensure that the code is mandated effectively and industry gears up for implementation, as both compliance by the industry and the ability to enforce by government will necessarily need to be carried out simultaneously.