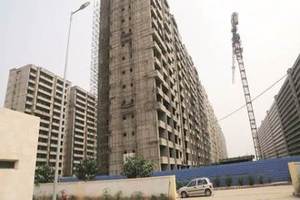 Mumbai’s real estate sector, which has been hit hard by a prolonged slowdown, is showing early signs of a revival. While the residential market continues to be sluggish, developers have been rushing to submit new construction proposals to the Mumbai municipality.

Between April 1 and August 24 this year, the civic building proposals’ department has received over 4,507 construction proposals for approvals, shows data compiled by the civic development plan department. Real estate experts say this is quite a turnaround from last year when the civic body received a total of 2,555 proposals between April 1, 2016 and March 31, 2017. “The first four months of 2017-18 have seen a significant upswing in the number of building proposals,” confirmed a senior civic official.
Senior sources said that a slew of measures launched by the civic body and the government to simplify building plan approvals, cut red tape, and prop up the sector had resulted in the upsurge. Mumbai, the country’s commercial capital, is also considered as the India’s high-rise capital. Indications that there was a revival in buyers’ sentiments have also had a positive impact, said property experts.
Last week, a report by Liases Foras Real Estate Rating & Research, a leading real estate research firm, said that there had been a 6 per cent growth in residential sales across the country’s top 8 cities in the second quarter of 2017-18, with the Mumbai Metropolitan Region recording the highest sales. The affordability factor has improved for the middle-income segment with interest rates falling, making several fence-sitters commit an investment in the housing sector, said sources.
With the government’s approval to Mumbai’s new development plan on the anvil, civic sources said it was also evident that the developers were making a beeline for building approvals under the existing development regulations, expecting the new plan to bring in a more stringent regime.
The data further shows that the civic body has issued far more occupation certificates (OC) and building completion certificates (BCC) to developers in the first four months this years compared to the last year. These permits are issued when a developer completes a project and the building is ready for occupation. Between April 1 and August 24 this year, the municipality has issued 419 OCs/BCCs so far, whereas only 151 such permits were issued in the whole of 2016-17.
The data further shows that the municipality has issued 1,728 commencement certificates (CC) so far in 2017-18. These include 449 cases where the initial commencement certificate (first CC) has been issued, and 1,279 others where a further CC has also been provided. In comparison, in 2016-17, 880 commencement certificates, including 285 CCs and 595 further CCs were issued. Commencement certificate is an approval by the civic body to a developer to start the construction work.
As part of the Ease of Doing Business initiatives (EODB), the civic body has been reducing the number of steps and the time taken to obtain a building permit, following a World Bank report that had ranked the city poorly on this count. “An upsurge in approvals is also indicative of this systemic change,” said a senior civic official.
While the sales remain sluggish, an upward trend in building plan approvals suggest that the supply would continue to flow in the market. According to the statistics, the highest upsurge in new construction proposals was recorded in the eastern suburbs, while the most project completion permissions were received in the western suburbs.
While the lull in the sector also saw the civic revenues from the construction sector dip by 26 per cent in 2016-17 – the civic body could only collect a revenue of Rs 3,941.8 crore as against a targeted income of Rs 5,349.42 crore, senior civic officials are hoping that the upward swing will enrich the civic kitty too this year. The municipality has already collected Rs 1,586 crore from various premiums, fees and charges on construction.