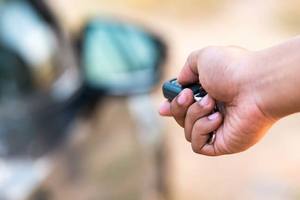 According to the data released by the Automotive Component Manufacturers Association (ACMA), the Indian auto component industry registered a total growth of 14.3 per cent in the 2016-2017 fiscal year. ACMA, which is the apex body of the industry, has revealed that between April 2016 and March 2017, the total turnover of the auto component industry stood at ₹ 2.92 lakh crore, compared to the ₹ 2.55 lakh crore turnover achieved during the fiscal before that. The industry CAGR went up by 7 per cent over the last six years.

The data also talks the growth in domestic aftermarket revenue in the 2016-17 fiscal year, which stood at ₹ 56,096 crore against ₹ 44,660 crore from the previous fiscal, registering a growth of 25.6 per cent. Exports, on the other hand, grew by 3.1 per cent with a turnover of ₹ 73,128 crore between April 2016 and March 2017, compared to ₹ 70,916 crore garnered during the same time in the previous fiscal. 35 per cent of the total export revenue came from Europe, while Asia and North America accounted for 27 per cent and 26 per cent respectively, thus registering a CAGR of 11 per cent over a period of six years.
The ACMA report also focused on imports of auto components, which decreased by 0.1 per cent to ₹ 90,571 crore from the previous fiscal's ₹ 90,662 crore. Import from Asia increased by 2.4 per cent but import decreased from North America and Europe by 14.6 per cent and 7.3 per cent respectively.
Commenting on the performance of the industry, Rattan Kapur, President, ACMA said, "Despite the challenges of demonetisation and uncertainty in the implementation of GST, the vehicle production remained buoyant. In this backdrop, the auto component industry as well posted an encouraging performance." Talking the future aspects of the industry Kapur said, "we believe that a technological transformation of the automotive industry is imminent, which calls upon the component industry to invest in R&D, create IP, acquire and develop relevant technologies at a much faster pace to remain relevant for future needs."