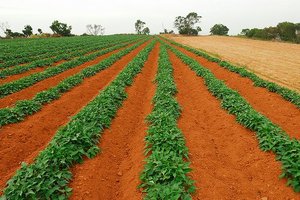 Australia is looking to increase its agriculture trade with India largely of pulses and grains, given the rising demand in the domestic market, says Gregory Harvey, trade commissioner at the Australian High Commission.

“Apart from pulses and grains, we will like to introduce new grain variety like lupin and expand trade in other commodities from cotton to oats. There is interest of Australian companies to bring in new technologies in dairy, grain storage and crop handling to India,” he says on the backdrop of a 40-member Australian agri-business and food business delegation visit to India from August 28 to September 1 as part of the Australia Business Week in India.
Australia’s trade minister Steven Ciobo is leading the mission.
Further, Harvey says that they want research collaboration between universities and research institutes in the development of new crop varieties that produce increased yield, are weather and pest tolerant and have improved nutritional value to be further strengthened.
Overall, the total agriculture exports from Australia to India which it considers the 7th largest agricultural export market has risen by 244% in value from AUD $568.1 million to AUD $ 1955 million.
Australia was India’s 10th highest agricultural trading partner valued at $ 2.3 billion in 2016.
Currently, pulses exports to India -largely chickpea and mung beans have grown 416.1 %, from AUD $172.6 million in 2011 to AUD $890.9 million in 2016. A total of AUD $1.2 billion of pulses was exported in the first 9 months of the 2016- 17 financial year, according to the Australian Trade and Investment Commission (Austrade) data. The Australian Financial Year Runs from 1 July to 30 June.
Similarly, the value of Australian wheat exports have also risen in recent years from almost negligible trade valued at AUD $ 0.7 million in 2011 to AUD $269 in 2016, says Harvey
In the first quarter of 2017, Australia exported AUD $395 million wheat to India. “Wheat exports, traditionally subject to domestic protection in India, are likely to decline in 2017-2018, as India’s domestic production enjoys excellent growing conditions,” says Harvey.
In 2016, India’s top agricultural exports commodities to Australia were rice, plant tea, coffee, paper manufactured products, baked goods and bakers’ wares.